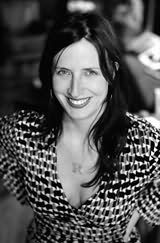 New Zealand (b.1970)
Rachael King was born in New Zealand to a bookish family-- her father, Michael King (who died in 2004), was one of New Zealand's most prominent authors, and her mother, Ros Henry, is a publisher. After leaving school, Rachael embarked on a university education, but was distracted along the way playing bass guitar in several rock bands and touring the country.
Novels
The Sound of Butterflies (2007)
Magpie Hall (2010)