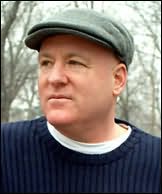 (b.1960)
Thomas Kelly (b. 1960) is the author of three novels set in New York City. Born in New York, Kelly spent ten years as a construction worker and sandhogworking in the subway tunnels beneath the citybefore attending Fordham University and Harvard University, where he received a masters degree in public administration. Kelly parlayed his experience in union politics into a job as an advance man for the campaign of New York City mayor David Dinkins, an experience which would form the basis for some of his fiction.

Kelly began writing in the mid-1990s, and published his debut, Payback, in 1997. A gritty look at the overlap between construction and the Mafia, it was critically acclaimed and adapted to film by David Mamet. Kellys other works are The Rackets (2001), which was inspired by Kellys experience working for City Hall, and Empire Rising (2005), a historical novel about the construction of the Empire State Building.
Novels
Payback (1997)
The Rackets (2001)
Empire Rising (2005)