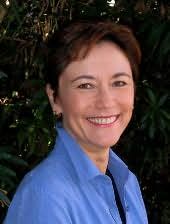 (b.1953)
Raised in Connecticut, and received her B.A. from Yale University in 1975. She has two sons and lives in Los Angeles with her husband, Martin Fink.

The Lost Daughter of Happiness (2001)
Geling Yan
". . . a courageous and immensely talented writer . . . she has dared to face down the twin monsters of racism and sexual slavery . . ."

All Sorrows Can Be Borne (2021)
Loren Stephens
"All Sorrows Can Be Borne is a harrowing story of love and betrayal, all the more heartbreaking because it is based on family history. Post-war Japan comes alive in these pages, and even the most unforgivable acts make a tragic kind of sense when viewed through the prism of violence that marked every one of the war's survivors. As this tale makes clear, in the wake of such trauma, humans can do the unthinkable, both to and for the ones they love."
Visitors to this page also looked at these authors
Elizabeth Lowell
Johanna Lindsey
Laura Lippman
Chuck Logan
Marjorie M Liu
Ken Liu
L E Modesitt Jr
Margaret Maron
Richard Kadrey
Andrew Klavan
Elizabeth Moon
Morgan Llywelyn
Katharine Kerr
Rick Moody
Dennis L McKiernan
Eric Van Lustbader