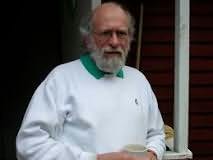 Compulsion (1956)
Meyer Levin
"If only for its rightful place in American literary history, Compulsion is worth reprinting. But it is also valuable because of its author’s novelistic gifts—a convincing portrait of two brilliant psychopaths, a narrative capacity for a spellbinding tale, an authentic depiction of the 1920s Chicago moral and political landscape. Compulsion is a credible portrait of an era, and an early example of an infamous crime turned into compelling fiction."