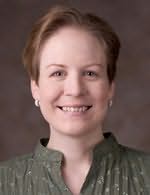 aka Ellen Connor
Since 2008, RITA-nominated and RT Reviewers' Choice-winning author Carrie Lofty has over twenty books to her name--or four names, to be precise. Her historical and paranormal romances from Pocket have been described as "nuanced and superbly realized" (The Chicago Tribune) and "sexy, brutal and somehow innocent" (All About Romance). Now Carrie is celebrating her first New Adult romance, BLUE NOTES featuring a shy piano prodigy and a New Orleans playboy shouldering his family''s crumbling empire.

During her junior year abroad, Carrie lured an unsuspecting Englishman to the Midwest, where she's kept him a happy ex-pat for sixteen years. With two pre-teen daughters and a master's degree specializing in the Old West, Carrie is a movie buff, a former ballroom and bellydancer, and a woman in desperate need of a maid service.