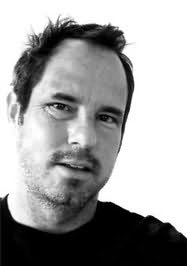 (b.1968)
CRAIG LARSEN is a graduate of U.C. Berkeley and Columbia Law School. A single father, he has lived in Northern California, New York, and in Europe. He is a member of the Mystery Writers of America and International Thriller Writers. He wrote his senior thesis on Milton.
He was born in 1968.
Craig also states that Stephen King has influenced him by his characterization. In addition, Craig states that John Grisham has influenced him in his ability to create cinimatic scenes.