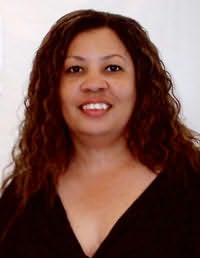 Darrien Lee, a native of Columbia, Tennessee, attended Tennessee State University in Nashville, Tennessee, which is where she picked up the love of writing. Majoring in Business Administration, she started out writing various works of poetry. It wasn't until 1999 that Darrien began to take her writing seriously after feeling unfulfilled with her job at UPS. She found writing was the perfect setting which to unwind in while entertaining her friends. Her experiences on the college campus was the inspiration for the first novel in her trilogy, All That and a Bag of Chips, published by Strebor Books Int'l in 2001. Since the release of that novel, the sequel, Been There, Done That released in 2003 made Essence Magazine Bestseller's list. Darrien's third novel, What Goes Around Comes Around which was released in July 2004 also made Essence Magazine Bestseller's list. Darrien went on and released part IV of her trilogy, When Hell Freezes Over in 2005. In 2006, Darrien took a break from her beloved series to pen Brotherly Love, her first romance/suspense novel. Darrien joined Q'Boro Books Publishing and released Talk To The Hand in 2006. This novel covered the sensitive issues of domestic abuse. Then in 2007, Darrien released The Last Chance, a novel full of romance and action. Presently she is anticipating the release of part V of her trilogy titled Double Crossed in September 2008. She is also excited about her new teen series titled, The Denim Diaries, also coming in the Fall of 2008.

Darrien lives in LaVergne, Tennessee, with her husband of 17 years and their two daughters. In her spare time she loves reading, watching sports and listening to jazz.