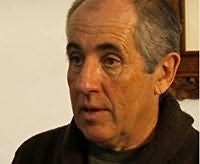 aka Michael Prince
A journalist for many years, Michael Litchfield wrote for the Daily Mail and Sunday Express. He also worked for Time, as an investigative journalist exposing mafia corruption, which resulted in several contracts being taken out on his life. After changing his name and stowing away to the Bahamas, Michael returned to England and has been a parliamentary correspondent for many newspapers. Robert Hale also published his novels Bullet For An Encore, Last Bus to the Grave and Deadline.
Novels
See How They Run (1984)
Murder Circus (1984)
Nailed! (1985)
Bullet for an Encore (2005)
Last Bus to the Grave (2005)
Deadline (2006)
The One a Month Man (2012)
Jack's Heir (2013)