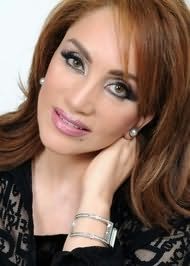 Algeria
Ahlam Mosteghanemi (Arabic: ) is an Algerian author and the first female Algerian author of Arabic-language works to be translated into English.
By the time she was born, Mosteghanemi's father had already been imprisoned after the 1945 riots. When the Algerian war broke out in 1954, her family home in Tunisia became a central meeting point for resistance fighters allied to the Algerian Peoples Party including her father and cousins. After independence, in 1962, the family returned to Algeria, where Mosteghanemi was sent to the countrys first Arabic-language school.
In the late 1960s and early 1970s, she became one of the first Algerian Arabic writers, broadcasting her poetry on national radio to support her family due to her fathers ill-health. She earned a B.A. in Arabic Literature from the University of Algiers in 1973, and also published her first poetry collection, Ala Marfa Al Ayam (the harbour of days).
In 1982, she received her Ph.D. in Sociology from the Sorbonne in Paris (her thesis was published by LHarmattan as Algerie, Femmes et lEcriture), where she had moved in the late 1970s.
She married a Lebanese journalist and moved to Beirut, where she published her first novel, Memory in the Flesh (Zakirat al Jassad) in 1993. To date, it has sold over a million copies across the Arabic-speaking world. It was translated into English by the American University in Cairo Press in 2000, after winning the 1998 Naguib Mahfouz Medal for Literature.
Ahlem Mosteghanemi currently lives in Beirut, Lebanon with her husband and has 3 children.

Non fiction
The Art of Forgetting (2011)