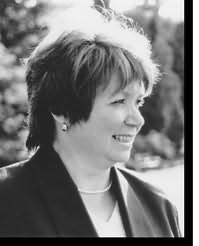 A pseudonym used by Catherine MacPhail
Cathy MacPhail was born and brought up in Greenock, Scotland, where she still lives. Before becoming a childrens author, she wrote short stories for magazines, comedy programmes for radio and two romantic novels. Cathy was inspired to write her first childrens book after her daughter was bullied at school.

Cathy writes spooky thrillers for younger readers as well as teen novels and has the unique ability to get to the heart of serious, topical issues through the stories of her feisty characters.

Cathy has won the Royal Mail Book Award twice, along with lots of other awards and has been called the Scottish Jacqueline Wilson. One of Cathy's greatest fears would be to meet another version of herself, similar to the young girl in her bestselling novel Another Me. She is a big fan of Doctor Who and would love to write a scary monster episode for the series.