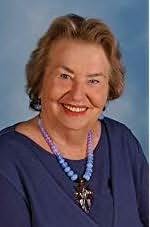 Jane Claypool Miner has written over 80 books for young adults. Some of them were written using the pen-name, Veronica Ladd. She enjoyed working as a junior and senior high school teacher before she became an author. In 1981 she was named Writer of the Year by the Society of Children's Book Writers. Her best-selling book, Dreams Can Come True, sold over a million copies and was translated into seven languages.

She has been a Religious Science minister for the last 25 years and now writes on self-help and spiritual topics as Jane Claypool. Dr. Jane was awarded both an honorary doctorate and the Raymond Charles Barker Writing Award by Religious Science International. Her best known spiritual books are Wise Women don't worry, Wise Women don't sing the blues and Science of Mind Skills.

Currently she writes a popular blog, www.janeclaypool.com, and is working on a series of short books on spiritual topics.