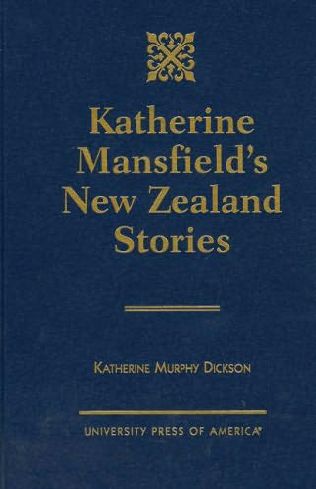 (1993)
A collection of stories by Katherine Mansfield

Comprising only a small segment of renowned short story writer Katherine Mansfield's work, the New Zealand stories were written within a five year span between 1918 and 1922. However, they were never published as a group until 1974 and have rarely been the focus of sustained analysis. Katherine Dickson's study, a close textual analysis, reveals these stories as proto-postcolonial narrative which reward close scrutiny by the serious scholar.