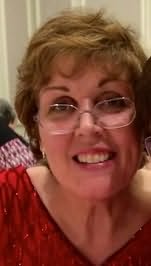 Meg is one half of the writing team D.E. Ireland along with another award-winning author, Sharon Pisacreta, for the Eliza Doolittle & Henry Higgins mystery series. Book 1, WOULDN'T IT BE DEADLY, was an Agatha Award finalist for Best Historical Mystery of 2014. Book 2, MOVE YOUR BLOOMING CORPSE, begins at Ascot Racecourse. Book 3, GET ME TO THE GRAVE ON TIME will be out in fall of 2016..

Meg is thrilled to debut a cozy mystery series set in Southeast Michigan for Kensington Books, coming in 2017. Writing as MEG MACY, the series will feature a teddy bear shop and factory - book one is BEARLY DEPARTED and BEAR WITNESS TO MURDER will follow.

DOUBLE CROSSING won the prestigious Western Writers of America Spur Award for Best First Novel of 2012. DOUBLE OR NOTHING, the sequel, won the 2013 Laramie Award for Western Mystery. Meg also writes short stories for several anthologies for the Western Fictioneers and for Prairie Rose Publications.