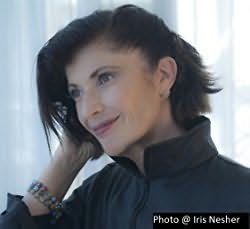 Israel (1959 - 2017)
Ronit Matalon was born in Ganei Tikva, Israel, in 1959 to a family of Egyptian-Jewish descent. She studied literature and philosophy at Tel Aviv University. Two of her novels have been bestsellers in Israel, and her children's story, A Story that Begins with a Snake's Funeral, has been made into a movie.