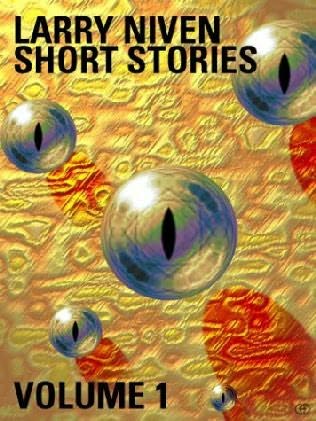 (2003)
A collection of stories by Larry Niven

Larry Niven was born in 1938 in Los Angeles, California. In 1956, he entered the California Institute of Technology, only to flunk out a year and a half later after discovering a bookstore jammed with used science-fiction magazines. He graduated with a B.A. in mathematics (minor in psychology) from Washburn University, Kansas, in 1962, and completed one year of graduate work before he dropped out to write. His first published story, "The Coldest Place," appeared in the December 1964 issue of Worlds of If. He has gone on to become an accomplished, multi award-winning author, with many newer writers citing his work as inspiration.

Larry Niven Short Stories Volume 1 includes the 1966 Hugo Award winning "Neutron Star," 1972's Hugo winner "Inconstant Moon" (which was later turned into an episode on the "New Outer Limits" TV series), the 1969 Hugo and Nebula Award nominee "Not Long Before the End," and the 1967 Hugo Award nominee "The Flatlander." Two other short stories, "Grendel", and "At the Core," round out this diverse collection. Enjoy!