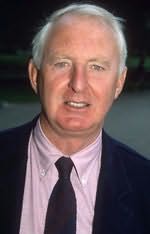 (1937 - 2016)
Michael Nicholson was one of the world’s most travelled and most decorated television foreign correspondents. He braved 18 war zones, picking up a host of awards. He was a familiar face in Britain’s homes as an anchor of ITV’s Evening News and a correspondent for long-running current affairs series Tonight. He won numerous British and international awards for his reports – from Biafra, Cyprus and Vietnam – and was twice named the Royal Television Society Journalist of the Year. For his coverage of the Falklands War he was given the prestigious Richard Dimbleby Award by BAFTA. In 1991, Michael was awarded the OBE for his reporting of the Gulf War. His books include The Partridge Kite, Red Joker, December Ultimatum, Pilgrims Rest, Across the Limpopo and his memoir A Measure of Danger. His book Natasha’s Story, the gripping account of how he bought an orphan from war-torn Bosnia home to the UK, was made into the Hollywood film Welcome to Sarajevo in 1997.
Novels
Pilgrims Rest (2013)
December Ultimatum (2014)
The Partridge Kite (2014)
Red Joker (2014)