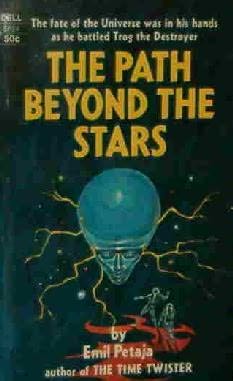 The Path Beyond the Stars

Who was Jon Wood? Jon himself did not know. He was a space orphan, found as an infant abandoned in the outer galaxy. He grew up an Ea rthling, w/only his mysterious psychic powers to set him apart--until the strange & beautiful creature named Venus Trine gasped out his true identity.& his fearful mission. Now he knew. And the non-s top adventure & danger began--as Jon hunted & was hunted by the monstrous being, Trog, juggling time & space, leaping the stars & the centuries. For Jon alone could stand up to this evil beyond man's wildest imaginings.