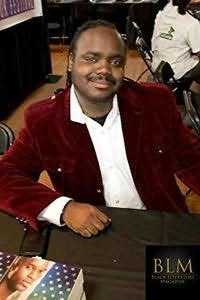 Author M.T. Pope hit the literary scene in the Fall of 2009 with a knockout debut novel titled Both Sides of The Fence through the Publisher Urban Books/Kensington Books. M.T. Pope’s thoughts of his first work of fiction are that of edginess, exploration, but effectiveness in getting people’s attention on widely overlooked social issues.​
Both Sides of the Fence was also pegged as shockingly realistic and over the top by his editor, publisher and many, many readers. Deeply filled with drama, suspense and graphic scenes, Both Sides of the Fence is a novel that doesn’t disappoint the reader. M.T. Pope goes on record to say that with his first book ‘either you’re going to love it or hate it. There’s no in between’. He doesn’t get disappointed when a reader says ‘it was too much’ for them. He understands that not everyone will like it or finish it.​
He continued his literary career and penned Both Sides of The Fence 2 & 3, which were released in 2010 & 2011. These two novels were just as successful as the first novel, even with a little less rawness within. Each one these have different plots and messages, but all are conjoined to hold a larger, impacting message; the message of communication, faith, family, struggle and cohesiveness as a unit.​
In the spring of 2011 M.T. Pope was approached by bestselling author, Anna J to be including in an exciting anthology entitled Erotic Snapshots which was released that May and continues to be successful.​
In the early summer of 2011 M.T. Pope was approached by his publisher for participation in an anthology entitled Don’t Ask, Don’t Tell. It was centered on the now repelled law by the same name. Again, M.T. Pope tackled the issue like only he can; Drama, suspense and ultimately, resolution. That work of fiction was released in the spring of 2012 and is successful as well.​
At the end of 2011 M.T. Pope released his first independent selection; an e-reader short story entitled Don’t Drop The Soap. He also completed his fourth full length novel, A Clean Up Man due to be released in Fall 2012​
In late Winter M.T. Pope gathered together three new and aspiring writers and presented another anthology titled Boys Will Be Boys in March 2012. The following month of May he released another novella entitled Stick Up Boys, which is his semi-street life based fiction. It remains one of his favorite works of fiction to date. M.T. Pope also began work on two short novellas entitled, Lost Pages of Both Sides of the Fence 1 & 2 of which Vol. 1 is being positioned for release in the late Fall 2012. He has also completed his next full length novel, May The Best Man Win, at it was released in August 2013. He is currently working on his full length release for the fall of 2014 along with several other projects that will be released in the following months.
New novel and story ideas are always popping into his head, during conversation or just simply observing people. New and exciting things are in the future. He hopes that you will join him there.​
His works of fiction has been seen in XXL Magazine, recommended in Carl Weber’s novel Big Girls Do Cry & The Man in 3B. He’s done numerous phone interviews, blog talk shows and e-magazine interviews.​
M.T. Pope, is a born and raised Baltimorean. He was born into a large family with nine brothers and sisters. He’s worked as a landscaper, movie theater concessions worker, an over the counter medication manager for Wal-Mart, pharmacy technician for Wal-Mart and a bookstore manager for Urban Knowledge Bookstores.​
M.T. Pope loves to eat and cook. He enjoys action movies and getting a good night’s sleep. He is an introvert by nature, but his writing speaks otherwise. He likes to write the drama but living it is for other. He likes meeting new people and getting in a good, meaningful, and enlightening conversation with strangers. He feels like he can learn anything from anyone given the opportunity, even if it’s what not to do. He can be reached at these outlets.​