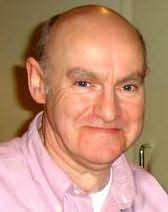 (b.1953)
Marc Platt (born 1953) is a British writer. He is most known for his work with the BBC science fiction television series Doctor Who.

After studying catering at a technical college, Platt worked first for Trust House Forte, and then in administration for the BBC. He wrote the Doctor Who serial Ghost Light based on two proposals, one of which later became the novel Lungbarrow. That novel was greatly anticipated by fans as it was the culmination of the so-called "Cartmel Masterplan", revealing details of the Doctor's background and family.

After the original series' cancellation Platt wrote the script for the audio Doctor Who drama Spare Parts. The script was the inspiration for the 2006 Doctor Who television story "Rise of the Cybermen"/"The Age of Steel", for which Platt received a screen credit and a fee.

He lives in London.