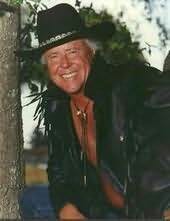 (1928 - 2020)
Robert Newton Peck was an American author of books for young adults. His titles include Soup and A Day No Pigs Would Die. He claimed to have been born on February 17, 1928, in Vermont, but refused to specify where. Similarly, he claimed to have graduated from a high school in Texas, which he also refused to identify. Some sources state that he was born in Nashville, Tennessee (supposedly where his mother was born, though other sources indicate she was born in Ticonderoga, New York, and that Peck, himself, may have been born there.) The only reasonably certain Vermont connection is that his father was born in Cornwall.

Peck wrote over sixty books including a great book explaining his childhood to becoming a teenager working on the farm called: A Day no Pigs would Die