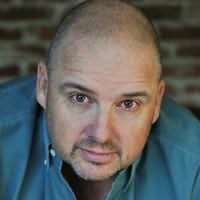 Doug Richardson was born in Arcadia, California. The son of a career politician, Doug did most of his growing up on a small ranch in the rural foothills outside Sacramento. He was twelve when he discovered his fathers collection of Ian Flemings James Bond paperbacks on a shelf in his parents converted garage. What followed was a teenage obsession with the film series and then cinema in general.

Though Doug attended The USC School for Cinematic Arts with ambitions to become a movie director, while there he discovered his affection for writing screenplays. After leaving USC, Doug directed a few educational films, but his sights remained set on Hollywood. After reading some of his first screenplays, Warner Brothers offered Doug a two-year contractone of the last paid by the week studio writer gigs.


In 1989 20th Century Fox hired Doug to adapt Walter Wagers novel 58 Minutes into the first sequel to the hit franchise Die Hard. In 1990, it was released as Die Hard 2, Die Harder. Around the same period, Doug and his one-time writing partner, Rick Jaffa, garnered national attention when their spec screenplay, Hellbentand Back was the first in Hollywood to sell for a million dollars. Doug has since written and produced feature films including the box office smash Bad Boys (1995),Money Train (1995), and Hostage (2005). In 2004 Doug produced the comedy Welcome to Mooseport.

While in between movie projects, Doug managed to finish his first novel, Dark Horse. The political thriller was published in 1997 by Avon/Morrow, who released Dougs second novel True Believers two years later.