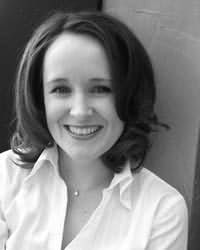 (Jessica Riley)
Wisconsin native Jess Riley spent much of her childhood sitting at her desk during lunch hour for lying and/or passing notes during class, both of which qualified her for a possible future as a novelist. Between bad haircuts, she wrote poetry and fiction in middle school. She was nominated by a high school English teacher to attend a summer camp for budding artists and writers, where she realized she needed a whole new wardrobe. Also, she needed to work on her creative writing skills. She won her first short story contest a year later for a tale told through the point of view of a seven year-old black boy living in Cabrini Green because as a middle-class white teenager, she knew a lot about that kind of life. Jess has been a waitress, a blue cheese packager, and currently, a grant writer for local school districts. She worked at a mall-based toy store during the Tickle Me Elmo craze of 1995 and lived to tell about it. She has also worked as a teaching assistant at a medium-security men's prison, which was much less stressful. Jess graduated from UW-Oshkosh in 1998 with dual degrees in English and history. She now lives in a drafty old house in Oshkosh,Wisconsin with her husband and a neurotic dog that despises public radio. Driving Sideways is her first novel.
Novels
Driving Sideways (2008)
Mandatory Release (2013)