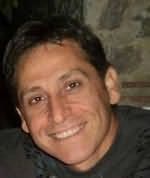 Lebanon
A.E. Sawan was born into a Christian family on the outskirts of Zahle in Lebanon’s Bekaa Valley. By the age of 12, he and his family had been forced to move five different times because of the country’s shattering civil war (1975 to 1990). Detained and tortured on several occasions by both the Syrian Army and the Palestinian Liberation Army (PLO), he eventually became a counter-terrorist operative specializing in diffusing bombs. Having survived the war, he severed his connections to violence and left Lebanon for Canada.
Series
Assassin
1. Al Shabah (2017)
2. The Ghost (2018)