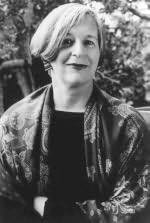 New Zealand (b.1941)
Elizabeth Smither is a poet, novelist and short story writer. Her numerous collections of poetry have been published alongside several novels and short story collections. Her poetic style is considered idiosyncratic while it moves beyond the self-referential into the areas of legendary characters, Catholicism and the workings of language itself. As well as receiving numerous other awards, Elizabeth Smither was named the 2002 Te Mata Poet Laureate.
Novels
First Blood (1983)
Brother-love, Sister-love (1986)
The Sea Between Us (2003)
Different Kinds of Pleasure (2006)
Loving Sylvie (2019)