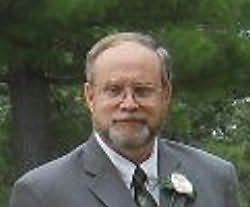 Herb Sakalaucks is an American Science Fiction and Alternate History writer. Born at Ft. Benning, GA in 1954, he currently resides with his wife, Beverly, on 18 acres in the western Wisconsin hill country. In his spare time, he also works at the Colfax Railroad Museum as the museum's secretary/treasurer and chief woodworker.

His newest novel, 1635 The Battle for Newfoundland, is the sequel to The Danish Scheme. Trips to the locations in the stories have helped lend an authentic description to the scenes in the stories.

Genres: Science Fiction
Series contributed to
Ring of Fire
1632: The Battle for Newfoundland (2018)
A Red Son Rises in the West (2019) (with John Deakins)