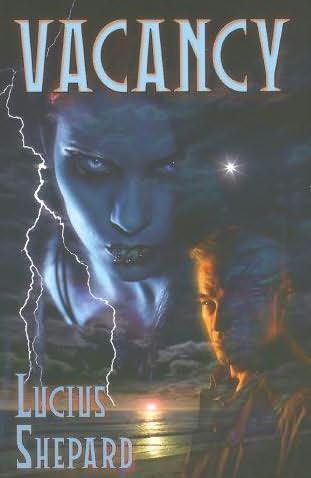 (2009)
An omnibus of novels by Lucius Shepard

For many of us, the Ace Double Novels of the '50s and '60s have long been a source both of pleasure and nostalgia. This new double volume from Subterranean Press stands squarely in that distinguished tradition, offering a pair of colorful, fast-paced novellas from one of the finest writers currently working in any genre: Lucius Shepard.

In Vacancy, a washed-up actor, a mysterious motel, and a Malaysian "woman of power" form the central elements in a riveting account of a rootless man forced to confront the impossible--but very real--demons of his past. This is Shepard at his harrowing, hallucinatory best.

Ariel brilliantly transmutes some traditional SF concepts--alien incursions, the mysteries of quantum physics--into an astonishing, often moving reflection on love and obsession, memory and identity, and the archetypal conflict that stands at the heart of an infinite multitude of worlds.