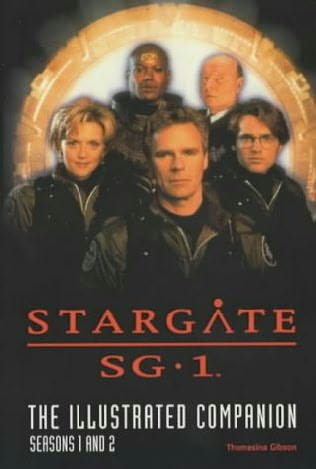 The Illustrated Companion Seasons 1 and 2

Taking up from where the blockbuster Stargate movie left off, Stargate SG-1 has quickly become a sci-fi phenomenon in its own right. The hit series continues the story of Colonel Jack O'Neill (Richard Dean Anderson) and his elite military team as they probe the secrets of the Stargate: the mysterious, ancient portal that allows instantaneous travel to remote planets throughout the universe. Here, at last, is the authorised guide to the show. Stargate SG-1: The Illustrated Companion Volume 1 is an in-depth look at the first two seasons, packed with behind-the-scenes interviews, many previously unpublished pictures, and a comprehensive episode guide. EXCLUSIVE! Featuring contributions written by the cast, including Richard Dean Anderson, giving their own unique take on the character they play!