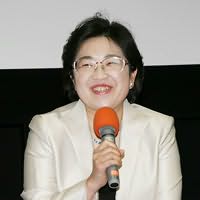 Japan (b.1962)
Nahoko Uehashi is a Japanese writer, most famous for the "Guardian" series, which sold over 1.5 million copies in Japan. One of her novels, "Guardian of the Sacred Spirit" (Seirei no Moribito) has been adapted into anime, manga and radio drama. The same book was published in English from Arthur A. Levine Books/Scholastic in the summer of 2008, under the title Moribito: Guardian of the Spirit, along with the sequel in Winter, 2009. Her recent book, "Kemono no Souja" will be translated into German, Korean, Swedish, Thai and French. The same series has also been adapted into a manga in 2008, and an anime in 2009.
Series
Moribito
1. Guardian of the Spirit (2008)
2. Guardian of the Darkness (2009)