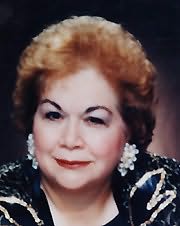 Jean Wilson fell in love with history and romance while growing up in the often decadent city of New Orleans. Her imagination was inspired by the French Quarter, Garden District, and sugar and cotton plantations of her hometown. Indeed, as a youngster, Jean's mind was filled with fantasies of life in past centuries--fantasies that she now employs for her historical romance novels. Some of Jean's titles include My Mariah, Sweet Dreams, and the May 1999 release, Coulter's Angel.

Before becoming an author, Jean worked for years as a drafter for a major oil company. She met her husband, Don, on a riverboat cruise in the middle of the Mississippi River. Within three weeks they were engaged. Three months after that, they were married. The couple has two adult children and two grandchildren. Don and Jean make their home quite close to the Chalmette Battlefield where Andrew Jackson and his army defeated the British in the Battle of New Orleans.

In her spare time, Jean enjoys touring around America's frontier because of her love for its heritage. The stories about the strong men who tamed the West, and the feisty women who tamed the men, are her favorites. In addition, she is a member of the Romance Writers of America, the Southern Louisiana Chapter of the RWA, and Crescent City Writers.