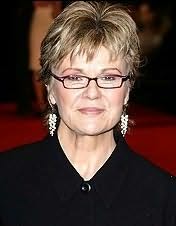 (b.1950)
Born in Birmingham, Julie Walters became a nurse before joining a Liverpool theatre group. Since then she has been nominated for an Oscar for Educating Rita, having made the part her own on stage, and starred in Billy Elliot. She is Mrs Weasley in the Harry Potter films, and most recently co-starred with Helen Mirren in Calendar Girls. Versatile enough to appear both as Mrs Overall in her friend Victoria Wood's 'Acorn Antiques' as well as the sexy Wife of Bath in the BBC's adaptation of The Canterbury Tales, she is 'arguably the nation's best-loved actress' (Sunday Times).
Novels
Maggie's Tree (2006)