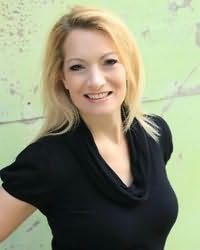 Raye Wagner grew up in the suburbs of Seattle, the second of eight children, and learned to escape chaos through the pages of fiction. As a youth, she read the likes of David Eddings, Leon Uris, and Jane Austen. Inspired by a fictional character, Raye pursued a career in nursing, and thought to help the world one patient at a time. One summer afternoon, a plot dropped into her head, and she started writing. Raye enjoys baking, Tae Kwon Do, puzzles, and the sound of waves lapping at the sand. She lives with her husband and three children in Middle Tennessee.

Ruthless Magic (2018)
(Conspiracy of Magic, book 1)
Megan Crewe
"Fiercely intense, Ruthless Magic is a YA dystopian with powerful magic, threads of mythology, and a slow burn romance that had me turning pages and gasping until the very end. Fans of The Hunger Games will devour Ruthless Magic."