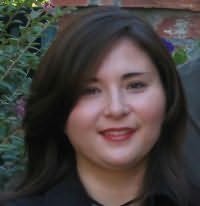 Once upon a time, a little girl was born on a cold winter morning in the heart of Seoul, Korea. She was brought to America by her parents and raised in the Deep South where the words ma'am and y'all became an integrated part of her lexicon. She wrote her first novel at the age of eight and continued writing on and off during her teenage years. In college she studied biology and chemistry and finally combined the two by earning a master's degree in biochemistry. After that she moved to Yankee land where she lived for four years working in a laboratory at Cornell University. Homesickness and snow aversion forced her back South where she lives in the land which spawned Elvis Presley, Oprah Winfrey, John Grisham and B.B. King. After finding her Prince Charming, she gave birth to a wondrous gift named Caylin and they all lived happily ever after.

The second book to the Harvester of Light trilogy will be available for purchase no later than December 2012.