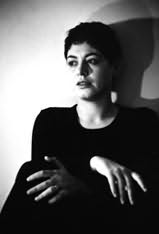 France (b.1970)
Valérie Zenatti was born in Nice on April Fool's Day 1970. When she was thirteen she went to live with her parents in Israel, where she did her national service, which inspired her novel, When I was a Soldier. Even now she doesn't go out without her survival kit - these days of a book, a notepad and a pen. Valérie now lives in Paris, where she works as a translator of Hebrew. She is also writing screenplays based on two of her books, Late for War and Message in a Bottle. Valérie is continually surprised and delighted at seeing Lucas, aged eight, and Nina, nearly two, grow up.
Novels
Message in a Bottle (2008)
aka A Bottle in the Gaza Sea