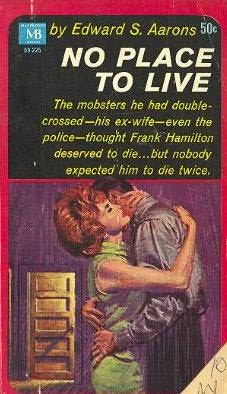 No Place to Live

The mutilated body had been identified as ex-mobster Frank Hamilton. Frankie had been planning to run off with $400,000 in racket money - but when the body was found, the money wasn't. Many of Frankie's former associates showed up to search his old apartment. Reporter Jerry Benedict got in first, but he wasn't alone: there was a still-warm corpse on the bed, a man with a sharp spike through his heart - Frank Hamilton!