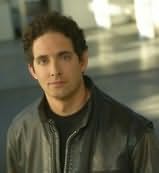 (b.1973)
Alex Berenson is a reporter for The New York Times who has covered topics ranging from the occupation of Iraq to the flooding of New Orleans. He graduated from Yale University in 1994 with degrees in history and economics.

The Renegades (2012)
(Parson and Gold, book 3)
Tom Young
"There are writers and there are fighters - readers are licvky that [Young] is both."

The Banker's Wife (2018)
Cristina Alger
"Behind every great fortune, there's a crime... and a bank. From Geneva to London to New York, Cristina Alger takes us inside the secretive and corrupt world of the super-rich - and three women who struggle to survive its deadly undertow."