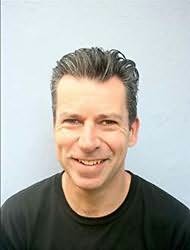 Australia (b.1974)
Aaron Blabey has written many well-loved, best-selling books for children. He has around five million books in print and is the creator of two hugely successful series for children - theNew York Times Bestseller The Bad Guys and Pig the Pug. Both series have been translated into many languages and are published in over 30 countries including the USA, the UK, Canada, France, Germany, Netherlands, Norway, India, Turkey, China, Japan, South Korea and Brazil, just to name a few.