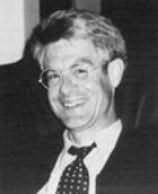 Bruce Brooks, one of today's most acclaimed writers of young adult fiction, was born in Washington, DC on September 23, 1950, but spent most of his childhood in North Carolina. The child of divorced parents, he was constantly adapting to two different lifestyles, urban and rural southern. Frequently changing schools in the middle of the school year made him overcome his shyness because he had to make friends quickly. His childhood provided him with rich material for his young adult fiction.