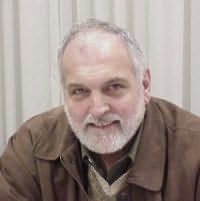 John Billheimer grew up in Huntington, WV. He holds a PhD in Industrial Engineering from Stanford University. For the past thirty years, Billheimer has been Vice-President of SYSTAN, Inc., a San Francisco Peninsula-based consulting firm with such diverse specialties as mobile phone safety, video surveillance, congestion relief, and motorcycle safety. He chaired the Transportation Research Board Committee on Motorcycles and Mopeds. Billheimer was also one of the co-founders of the California Motorcyclist Safety Program, a statewide program of mandatory training for motorcyclists that has helped lower motorcycle fatalities over 70% in fourteen years.

John Billheimer published his first novel, The Contrary Blues, in 1998. Set in Billheimer's native West Virginia, Contrary Blues is the story of a small West Virginia town with a large federal grant for a non-existent bus system and of Owen Allison, the federal inspector sent to explore the situation and investigate the untimely death of his predecessor. The Drood Review named The Contrary Blues on of the ten best mysteries of 1998. Billheimer has published two more Owen Allison mysteries - Highway Robbery (2000) and Dismal Mountain (2001).

John Billheimer lives with his wife and two children in Portola Valley, California.

Non fiction
Hitchcock and the Censors (2019)