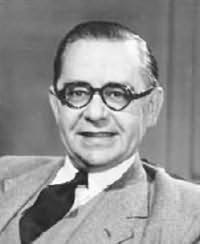 (1908 - 1988)
JOHN BINGHAM aka Lord Clanmorris, aka Michael Ward was born in 1908 near York, England. The only son of the Sixth Baron Clanmorris, he began his writing career as a journalist. Shortly before the outbreak of World War II, Bingham joined the Royal Engineers, and it was during a train ride through the countryside that he overheard a conversation in German between two people in his car. The couple were observing and taking notes on the location of military installations and possible munitions factories. Pretending to be German, Bingham spoke with them, obtaining their names and whereabouts they were staying, which he passed on to a friend in Intelligence. He was soon recruited by MI5, where he worked with famed undercover agent Maxwell Knight, as well as David Cornwell (also known as author John Le Carré), and remained with MI5 in various capacities well into the 1970s. John Binghams first novel was My Name Is Michael Sibley, published in 1952; Five Roundabouts to Heaven followed in 1953. In the span of thirty years, while with MI5, Bingham wrote seventeen crime novels and thrillers, including The Third Skin, Nights Black Agent, A Fragment of Fear, and I Love, I Kill. Bingham died in 1988.