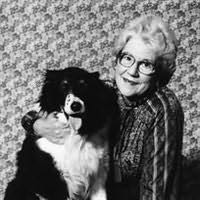 (1916 - 2004)
Lilian Comber wrote fiction and non-fiction for both adults and children under the pseudonym Lillian Beckwith. She is best known for her series of comic novels based on her time living on a croft in the Scottish Hebrides.

Beckwith was born in Ellesmere Port, Cheshire, in 1916, where her father ran a grocery shop. The shop provided the background for her memoir About My Father's Business, a childs eye view of a 1920s family. She moved to the Isle of Skye with her husband in 1942, and began writing fiction after moving to the Isle of Man with her family twenty years later. She also completed a cookery book, Secrets from a Crofters Kitchen (Arrow, 1976).

Since her death, Beckwiths novel A Shine of Rainbows has been made into a film starring Aidan Quinn and Connie Nielsen, which in 2009 won Best Feature awards at the Heartland and Chicago Childrens Film Festivals.