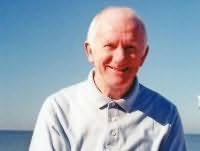 (1935 - 2013)
C. Terry Cline Jr. had an extensive career, producing works that included a number of suspense novels, a childrens play and an unconventional late project titled The Return of Edgar Cayce, which he presented as a channeled communication from the spirit of the early 20th-century psychic.

C Terry Cline was born in Birmingham, Alabama "on a train going out," he always said, because his family moved often during his youth. He was married to author, Judith Richards. They lived in Fairhope, Alabama.