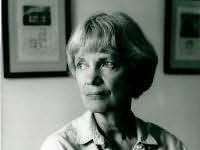 (b.1931)
Isabel Diana Colegate is a British author and literary agent.

She was born in Lincolnshire, the daughter of Sir Arthur and Winifred Mary Colgate, and was educated at Runton Hill School in Norfolk. She lived at Midford Castle near Bath, England, until 2007. In 1953 she married Michael Briggs, and the couple have two sons and a daughter.

In 1985, her novel The Shooting Party was released as an award-winning film by Castle Hill Productions Inc.

Collections
A Glimpse of Sion's Glory (1985)

Non fiction
A Pelican in the Wilderness (2002)