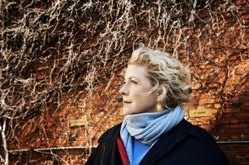 (b.1960)
Jennifer Clement is a poet, biographer and novelist. Her work has appeared in numerous anthologies. She was part of the NYC art scene during the early eighties but she now lives in Mexico City.

She was recently the recipient of the Sistema Nacional de Creadores, a grant awarded in Mexico for outstanding contributions to literature, whose previous recipients include Carlos Fuentes and Octavio Paz. She is also co-founder and director of the San Miguel Poetry Week.
Novels
A True Story Based on Lies (2001)
The Poison That Fascinates (2008)
Prayers for the Stolen (2014)
Gun Love (2018)