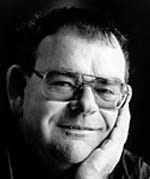 New Zealand (b.1944)
Ken Catran is a children's novelist and television screenwriter from New Zealand. He is the author of many teen novels, including Taken at the Flood, Voyage with Jason, Doomfire on Venus, Space Wolf, Talking to Blue and its sequel Blue Murder. He is perhaps best known for his Deepwater trilogy series and his contribution to the television drama Shortland Street. However, Catran became frustrated with a lack of recognition within the industry (in particular, he penned the famous line, "You're not in Guatemala now, Dr. Ropata," but has never received payment for the numerous times it has been used in publicity), and quit television altogether. Although he did not start writing until his thirties, he has become a prolific and varied writer within the New Zealand literary community.