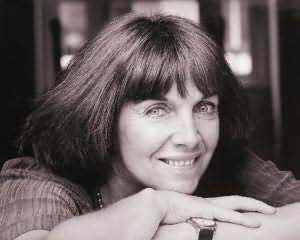 Mavis Cheek was born and grew up in Wimbledon. She received a basic state school education, failed her eleven plus (twice!) and was put in the B stream of a secondary modern school before leaving at sixteen with no qualifications. She worked for twelve years for the contemporary art publishers, Editions Alecto, starting as a receptionist and, as she learned more about modern art, moving to their gallery in Albemarle Street, where she worked with such artists as David Hockney, Allen Jones, Patrick Caulfield, Gillian Ayres. She left to go to Hillcroft College for Women from where she graduated in Arts with distinction and then began her writing career in earnest.

She moved on from journalism and travel writing to short stories before writing her first novel, PAUSE BETWEEN ACTS, which was published in 1988 and won the She/John Menzies First Novel Prize. Since then she has written a further fifteen novels including JANICE GENTLE GETS SEXY, AUNT MARGARET'S LOVER, MRS FYTTON'S COUNTRY LIFE, THE SEX LIFE OF MY AUNT and PATRICK PARKER'S PROGRESS, and their critical acclaim has led to commercial success.

This Age We're Living in (2007)
David Wilson
"A smashing book... It's so rare to find a writer who makes you chuckle and think... David Wilson has done it brilliantly."