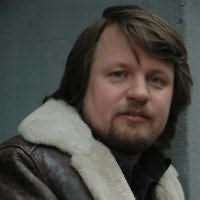 Norway (b.1959)
Author and journalist Tom Egeland was born in 1959 in Oslo, Norway. He grew up in the suburb Kalbakken in Groruddalen, north of Oslo's city center, where his parents ran two shops.

As a young teenager he was active in a local youth club for Christians, but he later left the Christian faith.