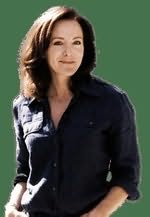 (b.1959)
Jamie Freveletti is a trial attorney, martial artist, and runner. She has crewed for an elite ultra-marathon runner at 50 mile, 100 mile, and twenty-four hour races across the country, and both practices and teaches Aikido, a Japanese martial art. After law school she lived in Geneva, Switzerland while obtaining a diploma in International Studies. Back in Chicago, she represented clients in areas ranging from class actions for mass salmonella poisoning to securities fraud. Her debut thriller, Running from the Devil, will be released by HarperCollins/WilliamMorrow in May, 2009. She lives in Chicago with her family.

Killer Choice (2018)
Tom Hunt
"A riveting thriller about the lengths a man will go to save the woman he loves. A twisting, spiraling ride with an ending that hits you in the gut and makes you think about love, death and the limits of forgiveness. A fantastic debut!"