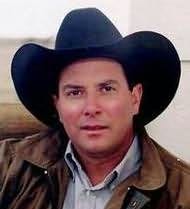 (b.1958)
C. J. Box is the New York Times bestselling author of many novels including the Joe Pickett series. He has won the Edgar Alan Poe Award for Best Novel (Blue Heaven, 2009) as well as the Anthony Award, Prix Calibre 38 (France), the Macavity Award, the Gumshoe Award, the Barry Award, and the 2010 Mountains & Plains Independent Booksellers Association Award for fiction. Open Season, Blue Heaven, Nowhere to Run, and The Highway have been optioned for film and television. Over four million copies of his novels have been sold in the U.S. alone and they have been translated into twenty-seven languages. He lives in Wyoming.

Poacher's Moon (2008)
John D Nesbitt
"John Nesbitt knows hunting, knows Wyoming, knows the interplay of men in the field, and knows how to tell an authentic, warts-and-all story of the real outdoors."

Bull Mountain (2015)
(Bull Mountain, book 1)
Brian Panowich
"Brian Panowich had me at the first word of his spectacular debut novel, 'Family, ' and he held me until the very last page. Bull Mountain is a sprawling, gritty, violent, tribal inter-generational crime epic with a deeply rooted sense of place and an gut-punch ending I didn t see coming. Expect to see Bull Mountain on the short-list of many 'Best First Novel' awards."

The Dry (2016)
(Aaron Falk, book 1)
Jane Harper
"It's extremely rare and exciting to read a debut that enthralls from the very first page and then absolutely sticks the landing. Told with heart and guts and an authentic sense of place that simply cannot be faked, The Dry is the debut of the year."

Shadow War (2016)
(Tom Locke, book 1)
Sean McFate
"Step aside, faux thriller writers and armchair warrior storytellers. Ex-mercenary Sean McFate has produced a first novel that’s assured, authentic, timely, gritty, and most of all real... I enjoyed the hell out of it."

Nothing Short of Dying (2016)
(Clyde Barr, book 1)
Erik Storey
"Furious, Non-stop action...Clyde Barr is not a man to be messed with."

The Dark Lake (2017)
(Gemma Woodstock, book 1)
Sarah Bailey
"A stunning debut that gripped me from page one and never eased up. Dark, dark, dark-but infused with insight, pathos, a great sense of place, and razor-sharp writing. It's going to be big and Sarah Bailey needs to clear a shelf for awards."

Bearskin (2018)
James A McLaughlin
"Bearskin is visceral, raw, and compelling—filled with sights, smells, and sounds truly observed. It’s a powerful debut and an absolute showcase of exceptional prose. There are very few first novels when I feel compelled to circle brilliant passages, but James McLaughlin’s writing had me doing just that."

Maze Master (2018)
Kathleen O'Neal Gear
"Dazzling...MAZE MASTER is an epic, breathless countdown to the end of mankind that can only be saved by locating and understanding ancient clues."

Won't Back Down (2019)
(Jack Keller, book 6)
J D Rhoades
"J D Rhoades writes action as well as anybody in the business."

Winter Counts (2020)
David Heska Wanbli Weiden
"I've been waiting most of my life for this book without realizing it. Winter Counts is a knowing, authentic, closely observed novel about modern-day Lakotas that rings absolutely true, warts and all. The sense of place is breathtaking and raw. It's a hell of a debut."

The Unwilling (2021)
John Hart
"John Hart creates novels that are somehow raw, tender, brutal, and exquisite - all at the same time. Exceptional."

Godspeed (2021)
Nickolas Butler
"Godspeed is a page-turning, race-against-the-clock novel about fatal obsession, love, violence, addiction, and faith beautifully set in my home state of Wyoming. After you turn the last page it’ll stay with you for a long, long time."