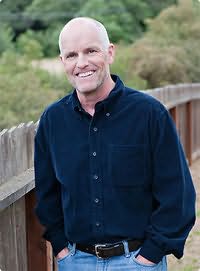 Growing up in west-central Wisconsin on a steady diet of Joseph Wambaugh novels and episodes of Police Story, Neal never considered any career other than being a cop. In fact, his whole purpose in joining the Marines at nineteen was to improve his chances of landing a job in police work. &#160After an eight year hitch in the Marines, Neal applied for a number of agencies and landed in Southern California where he is still on the job.

Neal has worked as a patrol cop, field training officer, member of SWAT, Hostage Negotiator, Narcotics Investigator, Gang Enforcement Specialist; and, Supervisor of a Homicide Unit. He has been named as Officer of the Year on two occasions during his career and he currently holds the rank of Detective Lieutenant. Neal holds a Bachelors Degree from California State University, San Marcos and he is a graduate of the prestigious FBI National Academy in Quantico, Virginia.