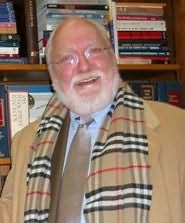 A pseudonym used by William E Butterworth
W.E.B. Griffin is the author of more than thirty epic novels in five series, all of which have been listed on The New York Times, The Wall Street Journal, Publishers Weekly and other best-seller lists. More than forty million of his books are in print in more than ten languages, including Hebrew, Chinese, Japanese, and Hungarian. He lives in Fairhope, Alabama, and Buenos Aires, Argentina.

Distant Valor (1996)
C X Moreau
"He shows the reader what it really means to be a Marine."

The Price of Honour (1999)
David H Hackworth
"Front-line legend Col. David H. Hackworth proves in this gripping tale that he is as accomplished a storyteller as he is a soldier. With vivid, powerful combat action and a terrific band of brothers in arms, The Price of Honor is one of the year's outstanding military thrillers."

Moon of Bitter Cold (2002)
Frederick J Chiaventone
"Outstandingly well researched and superbly crafted, each page of this riveting work breathes new life into a period and a people obscured by time."

The Wrong Side of Brightness (2003)
Austin Bay
"This bold, blistering novel goes beyond the Iraqi-American conflict to reveal the hearts of soldiers everywhere."

Tin Soldiers (2003)
(Tin Soldiers)
Michael Farmer
"One of the most realistic armored-combat novels to come along in years."

Napalm Dreams (2004)
(Men of Valor, book 1)
John F Mullins
"Explosive! Mullins is the real deal, and puts you in the heat of the battle."

Midnight Plague (2005)
Gregg Keizer
"A thriller as daring as D-Day itself."

Blue Warrior (2014)
(Troy Pearce, book 2)
Mike Maden
"Mike Maden understands that sometimes the most lethal warriors are those just out of sight."